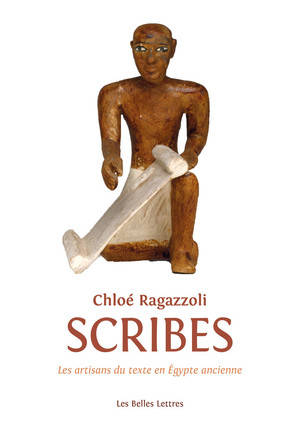 Did the Egyptians invent bureaucracy? The question is not an easy one since rituals, orality and patronage networks must have played a role that was at least as important as formal written procedures.
What is however certain is that during the New Kingdom period, between 1500 and 1070 before Christ, Egypt achieved the size of an Empire. From Nubia to Syria, there were huge resources to explore and to exploit. It is therefore no surprise that this age was also the age of a revolution in the status of the Egyptian writing. As agents of the institutional control of activities, scribes played a prominent role and formed a social category which had its own values and language.
In order to trace the entire history of this environment and of these men, Chloé Ragazolli uses archeological and textual sources that has been so far largely unexploited : the manuscripts of miscellanea, called florilegia, in which scribes showed their skills and literary knowledge. The investigation begins looking at the scribe’s hand on the manuscript, his writing, ink on papyrus, where variation and compilation from memory play an important role. Scribes take hold of the literate archive of their time and indulge in thousands of variations in order to produce new literary genres which have led us to consider them as masters covered with honour. Scribes are therefore an intermediary elite which is the only instance capable of initiating and operating the political and state machinery. In a word: how a literate knowledge holds an Empire, and even more, its memory.

Chloé Ragazzoli is a lecturer in Egyptology at the Sorbonne Université and a member of L’institut universitaire de France. She specialized in cultural history and works in particular on history of representations and literate practices of ancient Egypt. She is a co-director of the collaborative programme ECRITURES of La Sorbonne and l’Institut Français d’archéologie 1orientale du Caire, a programme dedicated to archeology and anthropology of writing practices in ancient Egypt.
Her works include “The Praise of the City in ancient Egypt. History and literature” (2008) and “The Scribes’ Cave at Deir el-Bahari” (2017)